I'm stunned! Very rarely am I exposed to something that I find so new and hip! First time someone pulled up the website www.astismittens.com I was amazed. It was def. love at first sight. What I didn't know right away was that the creator behind the mittens was in my group of friends. I met with Brad Peterson and talked to him about the idea, the process and going forward from here. He is a very interesting young man and very inspiring at the same time.

Astis Mittens celebrate the Cree Indians history and approach to leather artistry. These native people are one of the largest remaining groups of Native Americans in North America. They are known for their handcrafted approach to leather and beadwork. The company name derived from the Cree word for mittens – Astis.

All the mittens are hand-stitched in USA with beautiful craftmanship mixed with a new technology for the inside lining, using polartec Classic300.
The forearm pattern offers a choice of uniquely designed beadwork or cowhide pattern. The beadwork patterns are original designs that are hand-stitched on heavy-duty felt. Each cowhide pattern is individually selected and hand cut to provide a great aesthetic look for the mitten.

I am getting my first pair next weekend - I just can't decide which pair I want.
Which ones do you like??

Displaying the Astis snowflake logo in blue and green, these mittens are named for Reinhold Messner, an Italian mountaineer and explorer. Messner, often cited as the greatest mountain climber of all time, is renowned for making the first solo ascent of Mount Everest without supplemental oxygen and for being the first climber to ascend all fourteen peaks over 8,000 meters.

Displaying an arrangement of flowers, these mittens are named for Sacagawea, a Lemhi Shoshone woman. Sacagawea, acting as an interpreter and guide, accompanied the Lewis and Clark Expedition in their exploration of the Western United States.

Displaying a brown and white cloud pattern cowhide, these mittens are named for Knud Johan Victor Rasmussen, a Greenlandic Polar explorer. Rasmussen led several expeditions into the Artic region and was the first person to cross the Northwest Passage via dog sled.

Displaying a blue shield with a gold snowflake, these mittens are named for Roald Amundsen, a Norwegian explorer of the Polar Regions. Amundsen led the first Antarctic expedition to reach the South Pole and was the first person to reach both the North and South Poles and traverse the Northwest Passage.

Displaying a black and white cloud pattern cowhide, these mittens are named for Alexander Mackenzie, a Scottish-Canadian explorer. In 1789, looking for the Northwest Passage, Mackenzie followed the river now named after him to the Arctic Ocean and then in 1793 crossed the Rockies and reached the Pacific; becoming the first individual to complete a transcontinental crossing of North America; beating Lewis and Clark by 12 years.

WAIT, did I remember to tell you that you can find Astis Mittens at the SIA Snow Show in Denver next weekend. I will be there too - so please stop by and say hi! Find us at booth # 2964

stay warm - stay positive
Posted by Bente at 7:48 AM 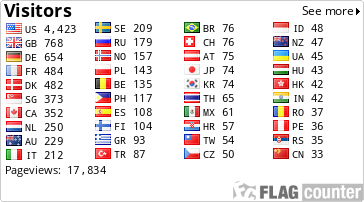